January - A Month Full of Rain and Music

The year 2014 has started with a thrilling surprise in the world of music, most especially for Clouds.

Well, it was expected that Rain's comeback would start with the release of 30 Sexy and La Song, and then followed by a lot of on stage music performances. But I didn't expect it to be a such a lot of 'em. (@_@)

Then we even haven't had the time to process all the events as they come, then another performance was followed, then next... and next. Phew! January was the month for Clouds! And we didn't have time to breathe! Hehehe~ Ah~~~ The Rain Effect!

Okay now... Personally, I have a hard time catching up with everything that is happening. It's so overwhelming! When before, I really take time to ponder on Rain's performance, but now.. oh my gosh! That moment when you are watching a video of what you think was the 'latest', then another 'latest' pops up! Hahaha~ It's crazy! Time moves so fast. Rain moves so fast. So Clouds, fighting!

Alright, as I write this blog post, I'm still in the process of 'digging it all in'. So instead of doing my usual style of writing about each of Rain's performances, let me just write a summary of what happened for the month of January 2014.

So expect this to be a very long post filled with photos and video embeds. Note: This post will only contain Rain's music performances and won’t include his TV guesting and interviews. Woah, we have too much information already. Hehehe~

Let's start with the Rain Effect Comeback special. This one was really prepared for as his first official comeback on stage. Rain performed songs from his latest album "Rain Effect".

The rehearsal photos were cool right? Now take a look at the photos from the actual performance: 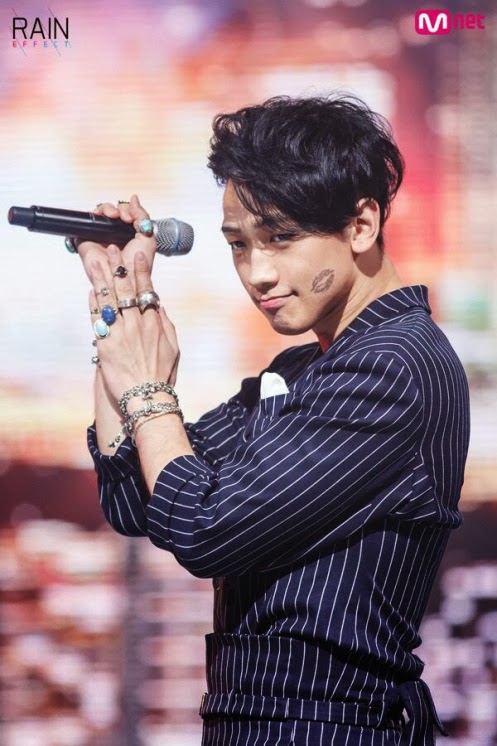 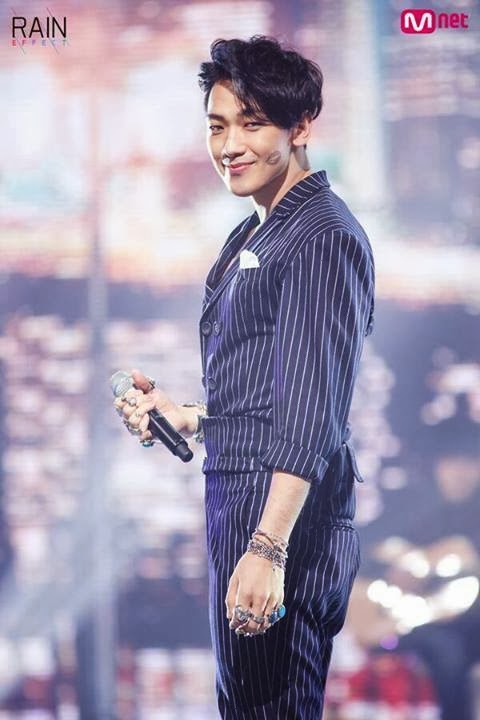 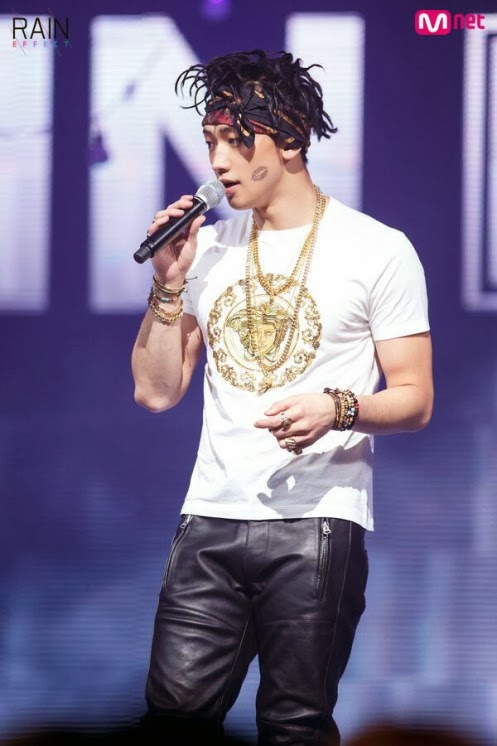 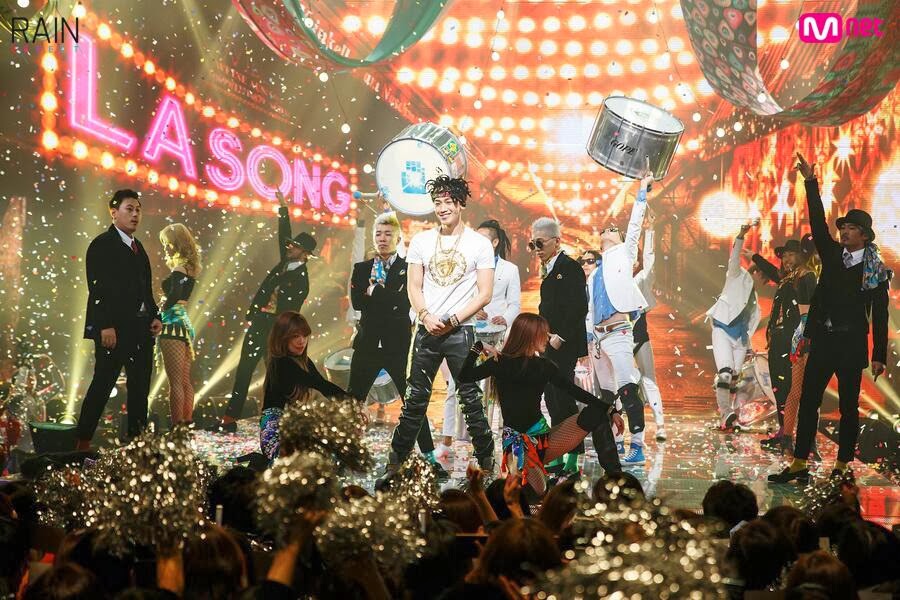 The opening act was 30 Sexy. Rain made a grand entrance that was very charming! His boyish smile took our hearts away. And as the electronic intro of 30 Sexy was heard, he took on a sexy persona to accompany the song.

Videos courtesy of Mnet and shared by mazingga.K

La Song was a good performance, too. The cute costumes suit the diverse style of the music. The background was reminiscent of market and Broadway. The stage was full of lights and the aura was of merriment.

Just when I was preparing for a full write up of the Rain Effect Special Comeback episode, this photo suddenly appeared on my Twitter timeline:

And that was the start of the craziness that has been happening in Facebook, Twitter, YouTube, and other social networking sites! ROFL~ So let me put Rain's musical appearances for the month of January...

Rain won first place in Mnet's music show M! Countdown. He didn't perform on stage for this but he was there to accept his prize. He tweeted the photo above as he was happy and thankful for the award. (^_^)

Then photos of Rain were uploaded by Cube Entertainment on Twitter. This was to anticipate Rain's appearance on Music Bank that day. Cool Rain on a red suit and those jewels make a statement! 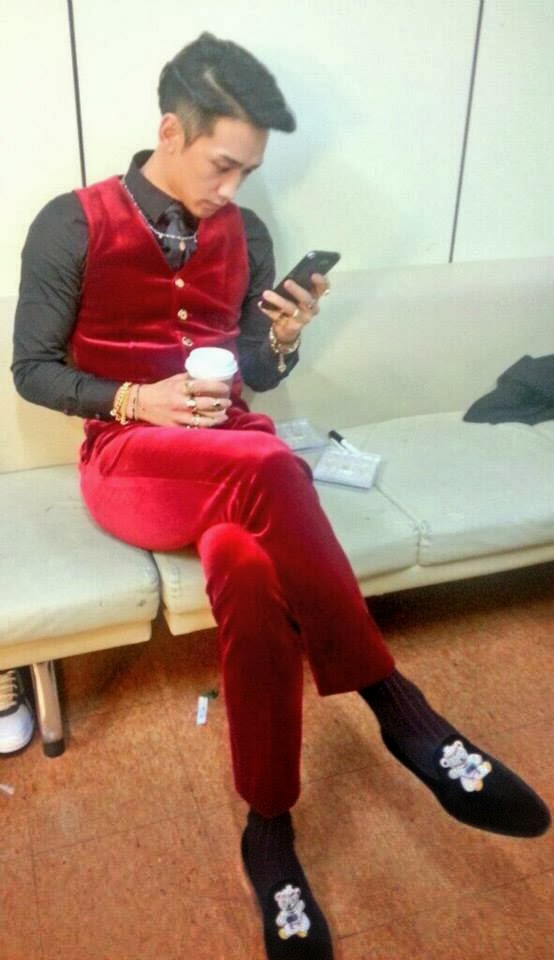 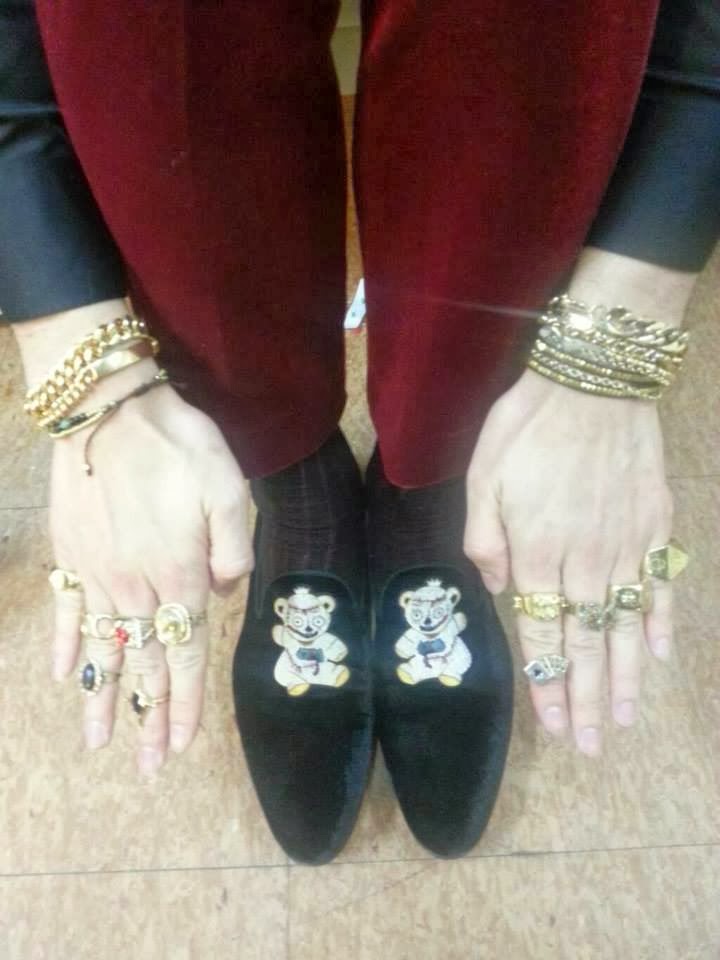 Rain was on the Music Bank stage with 30 Sexy and La Song. Once again, his stage is always admirable. The overall package lies not only with the main artist, but also with the dancers, lights, floors, and visual effects. And Rain excels in all.

30 Sexy was oozing with sexiness! I enjoyed watching La Song... and was mesmerized by how young Rain looked! Hihihihi~

And Rain won another trophy! Yay! Another achievement for our man!

One of my favorite performances this month was on Sketchbook. Rain not only performed his latest singles, but he also included previous hit songs, It's Raining, Rainism and How to Avoid the Sun, in the line-up. This performance was a good showcase and at the same time a retrospective of how Rain has improved with his music.

Video courtesy of KBS 2 and shared by mazingga.K

Rain on stage again performing his two title singles. Here we have 30 Sexy:

Ah! This La Song is the best so far! Take a look at Rain's facial expressions! He enjoys this song. He looks so cute here. Rain looks younger by five years whenever he dons on the La Song costume and persona. (^_^)

This Inkigayo episode was available on online live streaming! Thanks to Rainthetreasure for giving me a heads up on this! So I saw Rain as the show aired in Korea. Wow! Talk about 'live' feels, though yeah, I knew it was pre-recorded.... Hehehe~~

I gotta say this has got to be Rain's grandest entrance yet! All those stage visual effects are so amazing! With Rain and his dancers for 30 Sexy, it just became all the more grander!

Awesome moments of Rain and his "Wild Rabbits" dance team are captured on stills. Wow! They are an outstanding group! 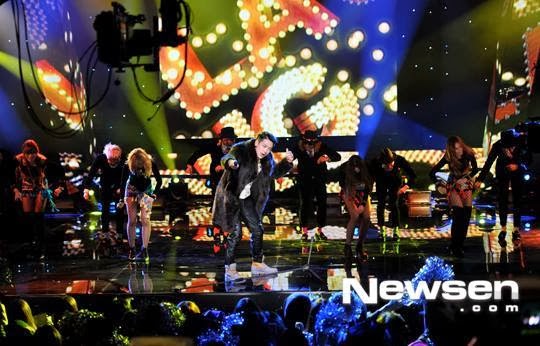 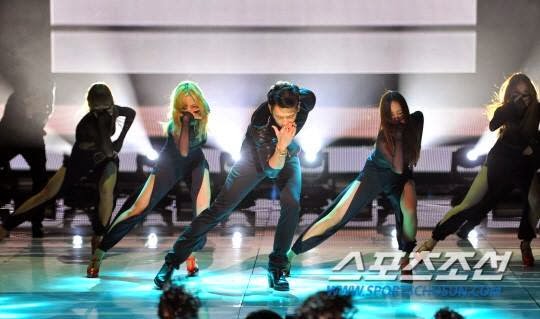 Here we have Rain on stage with La Song:

Oooh! Rain is so stylish! Did that statement pop into your head when you saw him coming out on stage? 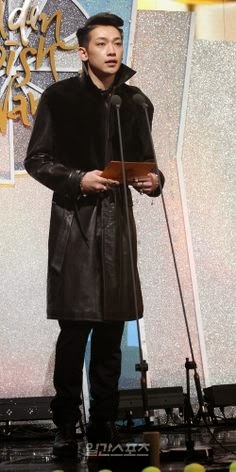 For this event, Rain presented the Producer Award for Mr. Hong Seung Sung of Cube Entertainment. The said award was accepted on behalf of Mr. Hong by Beast and 4 Minute members. 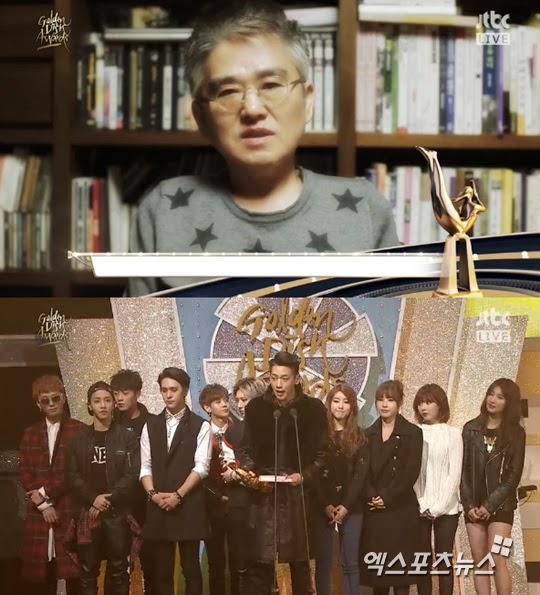 And Rain was on stage for 30 Sexy and a little of La Song. Wow! Probably the most stylish 30 Sexy yet!

Rain did the sexiest dubstep moves to make 30 Sexy even sexier. He wore a blue shimmering outfit to make him stand out. The play of lights on stage is very similar to the music video, especially on the bridge part. From the music video to a stage performance! Wow! A simple stage, yet one that helped make the performance better by being simple.

Rain enjoyed La Song for this episode! He dances so well that the audience is swayed by his performance. The outfit fits the song as well, with nice matching colors. While the song conveys a fun loving vibe, Rain does not convey a cheesy aura to it. It’s just pure fun and enjoyment. However, better camera work could have greatly improved the video. Watching the clip hurt my eyes, I can tell it was better in real life because the audience were screaming.

Colorful visuals help make an exciting performance more electrifying! For the third week of January, Rain wore clothes that fit the theme of the song in MBC Music Core. This time, he skipped the long coat with something short. It made him look cuter. Hmmm... and you gotta love the thumbnail below, right?

A small stage helped make this performance close and intimate. Even though it was early in the morning, you could tell that he enjoyed being on stage. Rain charmed the audience with his cute smiles and he filled the room with energy with his electrifying rendition of La Song. Clouds were prominent in the audience as they displayed their silver pompoms and cheering Rain on!

I enjoyed watching him turn the mic to the audience and let them sing. That smile on his face is as authentic as it can get. A smile coming from the heart. And as what Clouds often say…”His eyes became one line… because he smiled.” 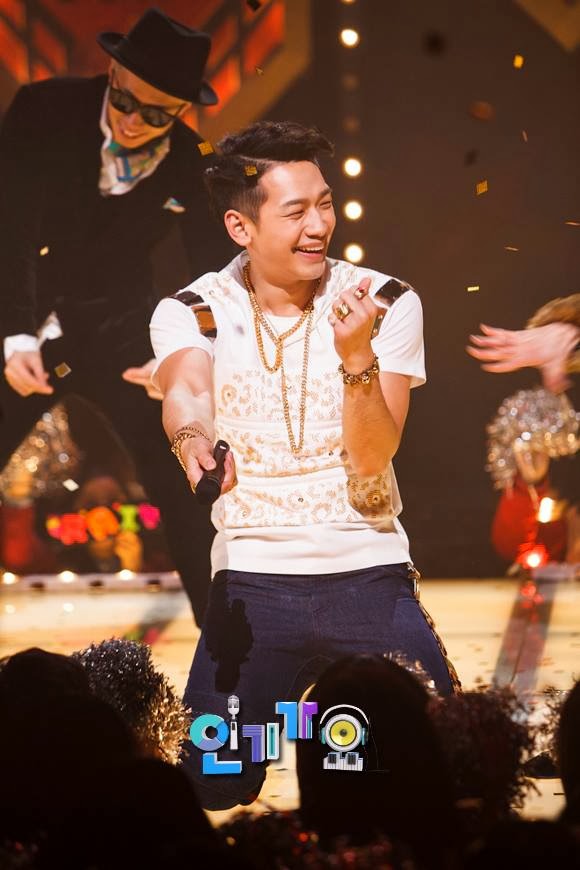 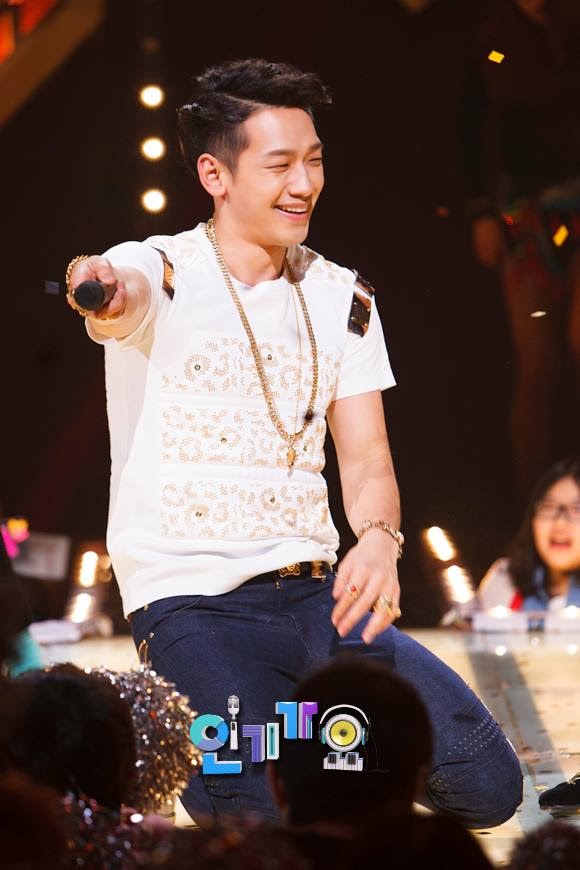 This is the last episode of the first season of Rain Effect. This Natural Concert, as said by Rain, is a show which focuses on the song and not on stage performance. There was around 100 fans present in the room and Rain performed with unplugged music. It was nice to hear some new renditions of his hit songs from the beginning of his career to his latest.

Rain really enjoyed himself as he was smiling while talking and cracking jokes with the fans. It was also a touching moment when we see him cry at his father’s message.

Video courtesy of Mnet and shared by Ygami Skett

Rain and Tae Jin Ah on stage for a special La Song Collaboration! While the camera work was a bit disorientating, it did not diminish the value of the performance. Rain came up in a different outfit, a smart suit with red (not black this time! hihihi~) lipstick mark on his cheek. Tae Jin Ah came in the middle of the performance and made the show even cooler. He and Rain exchanged outfits for this La Song. It is a fun stage to watch and it will make you get into the groove!

Video courtesy of KBS and shared by ThanhnamKoreanKBS2

Rain and Tae Jin Ah together on stage once again! La Song is already a enjoyable song to listen to. But it grows all the more enjoyable once Tae Jin Ah enters the stage. It becomes a total mood shifter! It’s so fun to listen and watch!

Rain performed with Tae Jin Ah again in another awesome collaboration. By breaking the entire rhythm of the song with his sudden appearance, he helps promote the idea that the song is all about fun. You could tell that the audience like his performance with the constant yelling in the background.

Tae Jin Ah's performance in the bridge part of the song made it really fun to watch, especially when he danced ala Rain.

Video courtesy of KBS and shared by LIVE VOD EXO

With this performance, Rain wraps up his promotions for La Song and would head to Hollywood to film his upcoming movie, The Prince. So Clouds, we can finally breathe. lol! (^_^)

It was a whole month full of Rain! Our 2014 hints to be a good year for us! So, prepare for February, March, April to December..... Aja! Just Remember, "Keep Calm and Rain Effect!"